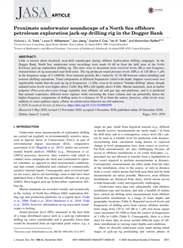 Little is known about localized, near-field soundscapes during offshore hydrocarbon drilling campaigns. In the Dogger Bank, North Sea, underwater noise recordings were made 41–60 m from the drill stem of the Noble Kolskaya jack-up exploration drilling rig. The aims were to document noise received levels (RLs) and frequency characteristics of rig-associated near-field noise. The rig […] 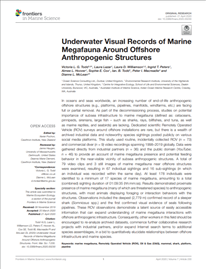 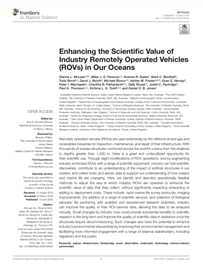 Remotely operated vehicles (ROVs) are used extensively by the offshore oil and gas and renewables industries for inspection, maintenance, and repair of their infrastructure. With thousands of subsea structures monitored across the world’s oceans from the shallows to depths greater than 1,000 m, there is a great and underutilized opportunity for their scientific use. Through […] 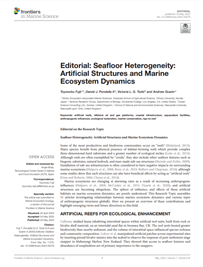 Some of the most productives and biodiverse communities occur on “reefs” (Birkeland, 2015). Many species benefit from physical presence of habitat-forming reefs which provide complex three-dimensional hard substrates and a greater number of ecological niches (Loke et al., 2015). Although reefs are often exemplified by “corals,” they also include other seafloor features such as biogenic […] 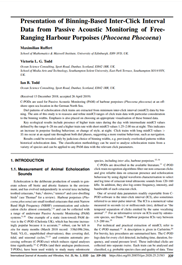 C-PODs are used for Passive Acoustic Monitoring (PAM) of harbour porpoises (Phocoena phocoena) at an offshore open sea location in the German North Sea. Diel patterns of echolocation click trains are extracted from minimum inter-click interval (minICI) data by binning. The aim of this study is to reassess and refine minICI ranges of click train […] 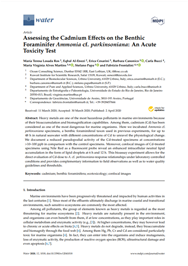 Heavy metals are one of the most hazardous pollutants in marine environments because of their bioaccumulation and biomagnification capabilities. Among them, cadmium (Cd) has been considered as one of the most dangerous for marine organisms. Here we incubated Ammonia cf. parkinsoniana specimens, a benthic foraminiferal taxon used in previous experiments, for up to 48 h […] 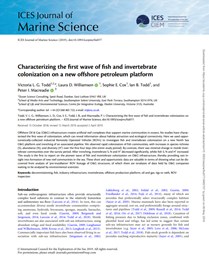