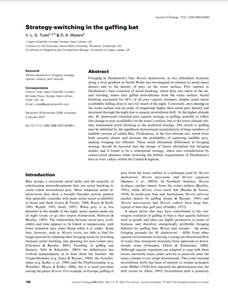 Foraging in Daubenton’s bats Myotis daubentonii, at two altitudinal locations along a river gradient in North Wales was investigated in relation to aerial insect density and to the density of prey on the water surface. Prey capture in Daubenton’s bats consisted of aerial hawking, where prey was taken in the air, and trawling, where bats […] 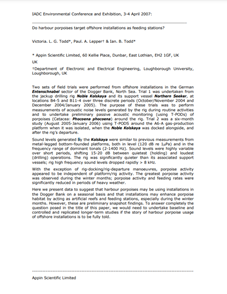 Two sets of field trials were performed from offshore installations in the German Entenschnabel sector of the Dogger Bank, North Sea. Trial 1 was undertaken from the jackup drilling rig Noble Kolskaya and its support vessel Northern Seeker, at locations B4-5 and B11-4 over three discrete periods (October/November 2004 and December 2004/January 2005). The purpose […]

Despairing of seeing orcas, Victoria out the high-pitched whistles down to her dinner of jellied fish. Then she was treated to a performance that eclipsed the Aurora borealis. 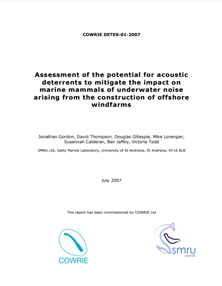 A number of anthropogenic activities that occur in coastal and offshore waters generate sound or impulses at levels which are sufficiently high to pose a risk of causing physical damage or hearing impairment in sensitive wildlife such as marine mammals. The use of explosives, for example, for well-head removal, certainly poses this risk and it […]