On May 21st and 22nd 2019, Cyprus celebrated the 1992 ratification of Natura 2000 and World Biodiversity day with a special event (Happy #Natura200day).The European Union (EU) Natura network consists of 27,800 sites, covering 18% of EU land and 9.5% of its marine areas. With 63 Special Area of Conservation (SAC) sites in Cyprus alone, many of the most valuable and threatened species of local flora and fauna are protected.

One of the most critically-endangered species of seals in the world is the Mediterranean monk seal, Monachus monachus (Karamanlidis, 2015; Karamanlidis et al., 2016a). Endemic (i.e., only found in) to the Mediterranean , and predominantly in the Aegean Sea, half the population of ca. 600–700 individuals live in Greece, which is considered a stronghold for the species (MOm, 2007). Unfortunately in Cyprus, on the Natura 2000-day celebration, a five month old monk seal pup, Aphrodite, drowned in a fishing net, one of 14 recorded monk seals known to live in Cyprus waters. Out of respect for the seal, Cyprus’ Environmental Ministry (Fisheries department) launched an extensive clean up event of the Peyia sea caves, where seals are known to breed and rest, disposing of more than 2,200 kg of debris within the first day.

Monk seals belong to family of earless seals (Phocidae), consisting of the two genera Monachus and Neomonachus, the latter of which has been classified recently as a new genus, due mitochondrial DNA sequence analysis showing dissimilarities between both Caribbean (Neomonachus tropicalis) and Hawaiian monk seal, Neomonachus schauinslandi (Scheffer, 1958; Berta and Churchill, 2012). While the Caribbean monk seal became extinct in the 20th Century due to hunting (Scheel et al., 2014; Lowry, 2015), the two remaining and extant monk seal species (Mediterranean and Hawaiian) are considered to be rare in numbers, facing imminent danger of extinction (Lowry et al., 2011; Scheel et al., 2014; Karamanlidis et al., 2016b).

Little is known about the Mediterranean monk seal and only recent research has begun to shed light on the ecology of this elusive species. Most information has been inferred from the ecology of their endangered relative, the Hawaiian monk seal, with 1,400 individuals remaining (Baker and Johanos, 2004). On average, Mediterranean monk seals can live up to 11-12 years and exhibit difference in size between males and females, known as sexual dimorphism (Karamanlidis, 2015). Larger males develop a mature pelage (fur coat) pattern over at least two annual moults, completed by the age of four, at which point they reach maturity, whilst females mature at 3-4 years of age (Badosa et al., 2006). Breeding is thought to occur throughout the year, peaking October–November (Gazo et al., 1999; Gucu et al., 2004), with females rearing pups on beaches or in caves, which always share similar geophysical properties, such as having an entrance above or below water level, an entrance corridor, and a dry surface/area (Dendrinos et al., 2007). This can be hazardous for new pups, with storm surges causing potential fatalities (Karamanlidis et al., 2016b). In Greece, more than 500 caves have been found to be occupied by the Mediterranean monk seal and more than 100 are used for pupping (MOm, 2007). Monk Seal activity in the marine caves in the eastern Mediterranean is highest in autumn and winter coinciding with their pupping season (Gucu et al., 2004). Although pupping is not strictly seasonal, individual females have been documented to give birth close to the same time in successive years, within a 15-day period (Pastor and Aguilar, 2003).

Habitat loss and deterioration, persecution by fishers, accidental mortality, entanglement in fishing gear, diseases, and pollution are all current threats to survival of the Mediterranean monk seal (MOm, 2007; Karamanlidis et al., 2016b). While low-pup survival rates are associated with mortality caused by severe storms, high swells and tides, decreased genetic diversity, and inbreeding may also be a source of the species’ decline (Pastor et al., 2007; Dendrinos, 2011; Karamanlidis et al., 2016a).

With a mass die off of pups in 1997 due to unknown causes (Gazo et al., 1999), the population is still in the process of recovery, with a current annual reproductive rate-average of 0.76 pups per female adult (Karamanlidis et al., 2016b). In Greece, annual pup survival appears to be increasing, most likely because lactating females and their pups have a higher number of suitable caves to choose from when seeking refuge from severe weather conditions (Dendrinos, 2011) and due to increased efforts of conservation organisations in Greece to designate special areas and restrict certain areas during breeding season (Karamanlidis, 2015).

Monk seals are sensitive to human harassment (e.g. boating, diving, and tourism), and have been found seeking refuge in caves, as an adaptation to increased disturbance (Gucu et al., 2004). Historically, monk seals were driven from sandy shores during hunting events; however, more recently urban development, tourism, and habitat marginalisation are main causes for habitat loss (Karamanlidis et al., 2016b). Individuals are also known to depredate fishing nets, with juveniles being most at risk (Karamanlidis et al., 2008), while encounters, such as in the case of Aphrodite, are often fatal. Additionally, bycatch accounts for 24% of total mortality and occurs throughout the species’ range.

Current action plans and systematic monitoring schemes are in place to help conserve the Mediterranean monk seal. The species is mentioned explicitly in 102 Natura 2000 sites within the EU (82 sites in Greece, 10 in Italy, 5 in Spain, 3 in Portugal, and 2 in Cyprus) and according to European Council Directive 92/43EEC ‘on The Conservation Of Natural Habitats Of Wild Fauna And Flora’ the Mediterranean Monk Seal is considered a species of community importance (Gucu et al., 2004; Dendrinos et al., 2007; Adamantopoulou et al., 2011; Karamanlidis et al., 2016a; Karamanlidis et al., 2016b). Natura 2000 sites are thus considered legally by EU member states as Protected Areas. These sites are enforced currently by the United Nations Environment Programme (UNEP) and Mediterranean Action Plans (first issued in 1978 and revised in 1988) for conservation, management and recovery of Monk Seals in the eastern Atlantic under the Migratory Species of Wild Animals Convention (CMS) or ‘the Bonn Convention’ (González, 2006). The ‘Regional Strategy for the Conservation of Monk Seals in the Mediterranean’ was devised with goals to be implemented between 2014-2019, enabling all countries within the monk seals’ range to adopt certain behaviours and legislations, to aid the species’ recovery (RAC/SPA, 2014). To date, results of this strategy are unknown; however, in 2015 the species was re-classified from ‘critically endangered’ to ‘endangered’ (Karamanlidis et al., 2016b).

Establishment of Marine Protected Areas (MPAs) to safeguard colonies and pupping areas for the Mediterranean monk seal have been shown to be an effective tool in conservation, as total numbers are increasing (Karamanlidis, 2015), while public opinion remains positive (Halkos et al., 2018). Fishing closures during breeding seasons have also been enforced to ensure safety of pups (Karamanlidis et al., 2008; Kıraç and Güçlüsoy, 2008). Additionally, use of Acoustic Deterrent Devices (ADDs) have also been discussed, utilised during fishing operations or in times of increased shipping traffic, to deter the animals from possible danger (Karamanlidis et al., 2008); however, there is no evidence of implementation of these devices to date. Seal count and distributional data are still being collected, and a new breeding site at Evia Island, Greece, has recently been discovered (Karamanlidis, 2015). In early 2018, two autonomous surveillance camera prototypes were installed at two different potential monk seal caves on the Greek Ionian islands and a fleet of aerial drones were used (through image-recognition technology) to locate and film elusive monk seals, with footage expected to be published by 2020 (IUCN, 2019). Researchers are also devising a genetic research protocol, with optimised sample collection and laboratory methods to be used in a preliminary assessment of genetic characteristics of monk seals in Greece (Karamanlidis et al., 2016a). A trailblazing marine protection initiative in Turkey has proven effective by leading community groups to patrol the no fish zones and MPAs, and there is increasing the hope that Greece may follow up soon (click here for details). Lack of novel and readily-available data on open source forums, as a result to the sensitive nature of this conservation issue, exacerbates the review of their current situation. After years of silence, it seems that the monk seal has won over the public’s and fishery’s opinion, and in conjunction with appropriate conservation and monitoring methods, hopefully, it will not share the same fate as the Caribbean monk seal. With ongoing research, the plight of the Mediterranean monk seal may not be in total vain, with new hope for their continued reign in the Mediterranean.

Berta, A, and Churchill, M (2012): Pinniped taxonomy: review of currently recognized species and subspecies, and evidence used for their description. Mammal Review 42, 207-234.

Dendrinos, P (2011): Contribution to the study of the Mediterranean monk seal’s (Monachus monachus) ecology and biology at the island complex of Northern Sporades, Greece. . National and Kapodistrian University of Athens.

MOm (2007): Status of the Population of the Mediterranean Monk Seal (Monachus monachus) in Greece. MOm/Hellenic Society for the Study and Protection of the Monk seal. Athens, Greece.

Pastor, T, and Aguilar, A (2003): Reproductive cycle of the female mediterranean monk seal in the western sahara. Marine Mammal Science 19, 318-330.

As you’ve no doubt heard, the UN climate change conference, COP26 (the 26th ‘Conference of the Parties’) has taken place in Glasgow over the past

We are excited to announce a new opportunity for ambitious graduate in Electronic and Electrical Engineering, or a relevant field covering sensing and instrumentation, to 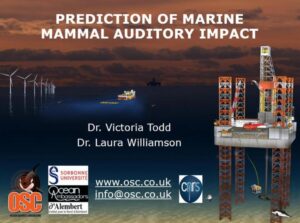