GREECE AND ITS TURTLES 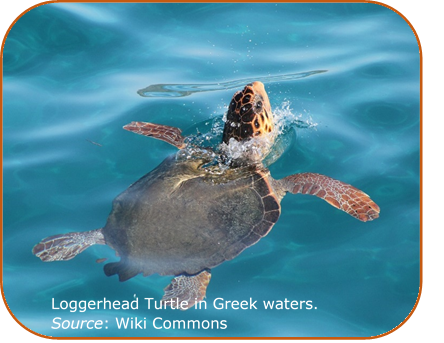 ‘Shell-ebrations’, it’s World sea turtle day (16th June 2019), the day of Dr. Archie Carr’s birthday, who is considered widely to be ‘the father of sea-turtle biology’. As an American herpetologist, ecologist, and a pioneering conservationist, Dr. Carr focused his career on sea-turtle research, during a time in which little was known about their biology (1959-1987). Currently, 50 years later, nearly half (45%) of the world’s sea turtle populations are threatened with extinction, according to the International Union for Conservation of Nature (IUCN); therefore, it has never been more important to keep Dr. Carr’s legacy alive to study, protect and conserve these species.

Life-history traits of sea turtles in the Mediterranean

To date, four species of sea turtle have been recorded in the Mediterranean (Table 1), including: loggerhead (Caretta caretta), leatherback (Dermochelys coriacea), green (Chelonia mydas) and hawksbill turtle (Eretmochelys imbricata; Panagopoulos et al., 2003; Casale et al., 2018). Each species has been classified as threatened by extinction on a global scale by the IUCN:

The following information, unless cited otherwise, has been taken from: www.IUCN.org, www.Medasset.org, and www.conserveturtles.org. Sea turtles have a varied diet, ranging from molluscs (e.g. octopuses, squids, and snails), corals, tunicates (sea squirts), crustaceans (e.g. crabs), sea urchins, sponges, jellyfish, seaweeds and seagrasses. Adult loggerheads are mainly carnivorous, adult green turtles are herbivorous and fully-grown leatherbacks and hawksbills are omnivorous. Loggerheads are the smallest species reaching 90 cm when fully grown, followed by hawksbills at 114 cm, while greens reach 150 cm, and leatherbacks are the largest, potentially growing to 175 cm. Hawksbill sea turtles perform maximum dives to 91 m (Blumenthal et al., 2009) and loggerheads have been recorded diving to a maximum of 110 m, green turtles to 233 m, and leatherbacks can reach depths of over 1000 m. Throughout their lives, sea turtles are naturally predated upon by different animals: Eggs can be dug up and consumed by foxes, lizards, jackals, and weasels, while hatchlings can be eaten by gulls, crabs, lizards, snakes, or cormorants, and even adults can be caught by large fish, sharks and occasionally seals. Currently, loggerheads and green sea turtles use more than 50 nesting sites across the Mediterranean, while leatherbacks and hawksbill sea turtles do enter the Mediterranean Sea to feed, but no nesting has been documented yet.

A fundamental element of a species’ survivability is its genetic diversity, the more diverse a species is the more it can withstand changes in the environment (Allendorf, 1986; Lande, 1988). Tolve et al. (2018) completed analysis on mitochondrial DNA (Deoxyribonucleic acid; building blocks of complex cells that are housed in the mitochondrion of a cell which is ultimately the powerhouse of metabolism in complex cells) for 488 stranded or incidentally-captured loggerhead turtles across the Adriatic Sea. No significant genetic divergence between locations was observed; however, Greek and Crete populations provided the most abundant contributions to the Adriatic-mixed stock. Contrastingly, Bertuccio et al. (2019) found a high Libyan contribution to the Adriatic Sea, conducting similar analysis on 93 loggerhead turtles. Interestingly, five distinct haplotypes (term used to describe equivalent of a genotype for mitochondrial DNA) were documented, with two being endemic (found nowhere else) to the Mediterranean rookeries, suggesting the Mediterranean populations had derived from their north Atlantic conspecifics; however, data were subject to bias due to low sample size and a higher frequency of samples taken from Libya. Significant differences in physiological adaptations between the north Atlantic and Mediterranean populations have also been suggested by Marn et al. (2019). These studies highlighting life-history traits, ecology, population genetics, and evolutionary history are vital in the conservation of this species.

Efforts to monitor, protect, and restore environments and individual sea turtles are being made across the Mediterranean. Loggerheads are the most common sea turtle species in the Mediterranean and an emblematic species to Greek seas. As such, they are widely protected by law (Mazaris et al., 2017; Casale et al., 2018). In particular their nesting site on Sekania is legally designated an area of absolute protection (Presidential Decree 966/1999), with only scientific research allowed in the National Marine Park of Zakynthos (Katselidis et al., 2013; Casale et al., 2018). In Greece, sea turtles use beaches on Zakynthos, Kyparissia, Lakonikos, Rethymno, Chania, Messenia, and Koroni throughout May–August to lay their eggs, before hatchlings appear from July–October, making their break for the ocean (Casale et al., 2018; Hatase and Omuta, 2018; Zampollo et al., 2018). Two Greek organisations are involved with the protection of sea turtles, ARCHELON and MEDASSET, both engaging volunteers and local communities to learn more about these protected species, their biology and conservation. ARCHELON tagged 12 individual females in June 2019, increasing the dataset of a long-term loggerhead tagging project, running since 1982 in conjunction with an annual nesting-activity monitoring program. You can even follow these 12 individual sea turtles here. MEDASSET are also trialling a program to detect marine litter using drones. This non-invasive pilot study will be vital in targeting areas of increased litter and possibly identifying entangled animals in distress, enabling a quick rescue. Ongoing campaigns like this span the Mediterranean including the turtle paradise, Cyprus. It seems sea turtles have won over the public and policymakers in Greece, with conservation initiative involvement increasing in popularity with tourists and locals, which is ‘turtlley’ awesome.

Arreola, L., and Fulton, J. (2018): Microplastic pollution in the ocean affecting marine life and its potential risk to human health.

Casale, P., and Heppell, S.S. (2016): How much sea turtle bycatch is too much? A stationary age distribution model for simulating population abundance and potential biological removal in the Mediterranean. Endangered Species Research 29, 239-254.

ICES CIEM (2016): Bycatch of small cetaceans and other marine animals- review of national reports under council regulation (EC) No.812/2004 and other infomation. ICES CIEM. 1-6 pp. 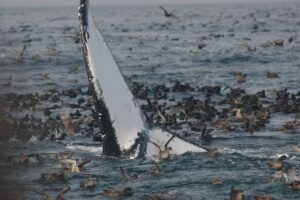 In November 2022, the European Union (EU) agreed on, and published, new guidance for assessing and limiting impacts of anthropogenic (man-made) underwater noise. The new 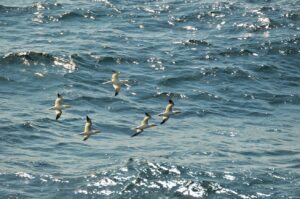 As you’ve no doubt heard, the UN climate change conference, COP26 (the 26th ‘Conference of the Parties’) has taken place in Glasgow over the past 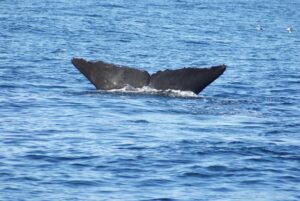 We are excited to announce a new opportunity for ambitious graduate in Electronic and Electrical Engineering, or a relevant field covering sensing and instrumentation, to